Micromax has launched a new smartphone that follows up on In 1B budget offering. The In 2B aims to improve on some aspects of its predecessor, which was one of the first phones the brand launched after its revival. However, is the phone any good compared to the Redmis and Realmes in the segment? Well yes, and here’s why.

Micromax In 2B: What’s good?

Design, build: The In 2B is a good looking phone as well as a well-built one. The phone doesn’t appear cheap and has no parts that creak when pressed or any buttons that wiggle or feel mushy. The phone also comes with USB-C port which is always nice to see in this segment. If we were to nitpick, the only concerns here would be the rear-facing speaker grille (more on that later) and the rear-mounted fingerprint sensor, which to be fair is expected at this price. The fingerprint sensor is also pretty fast and accurate. Otherwise, there are no complaints with the build here.

The Micromax In 2B features a dual camera on the back that is made to look like a triple camera module. (Image Source: The Indian Express/ Chetan Nayak)

Display: The In 2B features a pretty standard 6.5-inch HD+ IPS LCD panel. Like most phones in this segment it features a 60Hz refresh rate, decently vibrant colours, and average viewing angles. Nothing spectacular here, but nothing to complain about either. Unsurprisingly, there’s no WideVine L1 certification either. The software still allows you to customise the viewing experience a little but that’s about it. The phone also doesn’t have one of the brightest screens at 400 nits. So don’t expect a good time under direct sunlight.

The In 2B features a pretty standard 6.5-inch HD+ IPS LCD panel that is not too bright outdoors. (Image Source: The Indian Express/ Chetan Nayak)

Software: One of the best parts about the Micromax In 2B, just like other recent devices from the company, is the clean software. We see a stock-like Android 11 experience with no bloatware. The result is a clean, easy-to-use Android skin that doesn’t overwhelm you with features, apps, notifications and other unwanted aspects you often see with other budget phones. This also makes this a great phone for those new to Android and for older people.

Performance: The budget phone also provides consistent entry-level performance. There is a new Unisoc T610 chip here, something you won’t find on any other phone right now. You find comparable performance to chips like the MediaTek G35. This means the phone is decent for day-to-day tasks and running a few apps at a time. You have 4GB RAM and 64GB storage on the entry-level variant and 6GB RAM on the higher variant.

Despite the company marketing it to be a ‘no hang phone’ you may see occasional stutters depending on what you are doing, although we saw very less of this happen. The phone will also be able to run entry level games, but don’t expect any graphic-intensive titles like Battlegrounds Mobile India to give you a playable experience.

Battery: The phone features a good battery life thanks to its large 5,000mAh battery. Combined with the low-resolution screen the battery lasts well over a day. With moderate to heavy usage, users can still expect to end the day with anywhere between 20-35 per cent left. Light usage can stretch the battery to two days easily.

Micromax In 2B: What’s not good?

Charging Speed: The charging speed is very slow in the Micromax In 2B at 10W, resulting in the phone requiring well over an hour for a full charge. Support for a faster charging system, even with a 10W charger in the box would have been nice here, allowing the possibility of faster charging at least possible for users who could spend more.

Camera: The Micromax In 2B features an average entry-level dual-camera setup with a 13MP primary and 2MP depth sensor. Apart from the camera setup being made to look like a premium triple camera module, there is nothing spectacular here. However, with the price of the phone in mind, you still get decent photos with good lighting and proper time for focusing.

Low light and night time shots are poor, as it is with all budget devices, and photos quickly begin displaying a lot of noise. The 5MP front camera is also average and produces satisfactory pictures under good lighting and should work fine with video calls as well. Check out our samples by clicking on the link below. 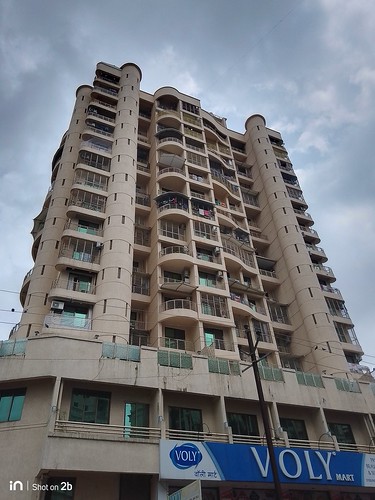 Speaker quality: The Micromax In 2B features a very small speaker grille on the back that produces a very tinny output. Its design on the back of the phone also lets the sound get easily muffled when the phone is placed on a flat surface like a table or bed. It isn’t too loud either. A single bottom facing speaker here would have really made the phone feel more complete.

Verdict: Should you get the Micromax In 2B?

The Micromax In 2B is a good budget device at Rs 7,999. While it does have its flaws like the poor speakers, slow charging and average cameras, the overall performance of the phone is very comparable to its competitors and the phone shines in terms of usability with its clean software, still one of the In series’ biggest strengths.

If usability and software are important to you, the In 2B is a solid option to consider. The 6GB RAM variant at Rs 8,999 is a better deal being a little more future proof, but if you can’t shell out the extra Rs 1,000, the 4GB RAM variant at Rs 7,999 isn’t bad either.

Parliament proceedings live | With 97% jobs in private sector, where will you implement this reservation, asks BSP member