After making waves with Indian web series, actor Kubbra Sait is now eyeing the international audience with her latest project, Apple TV Plus’ new show Foundation. The makers released the trailer on Monday night IST. Based on the acclaimed series of books by Issac Asimov, Foundation is set to premiere in September this year.

The sci-fi series centres around a man, called Dr Hari Seldon, who predicts the fall of the Galactic empire. The video boasts of stunning visuals and promises mind-boggling action sequences. We even see Kubbra Sait in a blink-and-miss appearance.

Kubbra had shared the video on her social media with the caption, “Foundation – 9.24.2021. Stoked! Thrilled! Relieved! Here it is… for posterity.”

The official synopsis of the show reads, “Hari Seldon and a band of loyal followers venture to the far reaches of the galaxy to establish The Foundation in an attempt to rebuild and preserve the future of civilization. Enraged by Hari’s claims, the ruling Cleons — a long line of emperor clones — fear their grasp on the galaxy may be weakening as they’re forced to reckon with the potential reality of losing their legacy forever.”

Foundation will be executive-produced and showrun by David S Goyer Of Krypton fame. The first three of ten ordered episodes will premiere on September 24. Post which, the makers will drop an episode every Friday on the OTT platform.

Mixing Pfizer and AstraZeneca vaccines provides strong protection, according to a preliminary study.

‘Will file counter against Centre’s affidavit on VSP 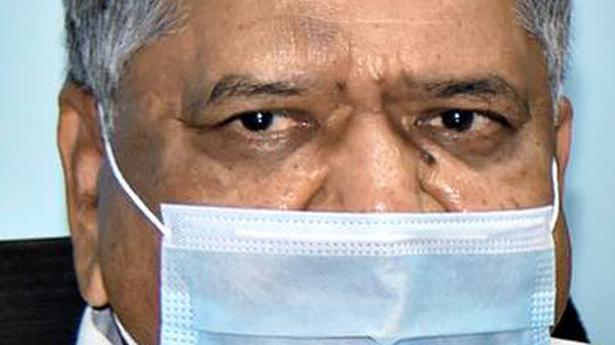 Shettar opts out of ministerial race