Ever since Clubhouse, the invite-only audio-room app, became popular in the market, we’ve seen various companies come up with their versions of Clubhouse-like features and platforms. Piggybacking on the now-popular concept of social audio rooms, tech giants like Facebook, Instagram, and even Twitter are actively building a Clubhouse-like feature. Now, as per recent reports, Discord is also working on a similar feature.

Now, if you did not know, Discord already offers audio and video chat support for individual channels. So, unlike Clubhouse’s offering, Discord’s audio chat feature is targeted towards smaller groups. However, as per a Reddit user, Discord is seen to be working on a new ‘Stage Channel’ to offer a Clubhouse-like experience.

This new channel type will let users create and join dedicated audio channels, where select few users will be able to speak while other participants can join in to listen.

Moreover, listeners can request authorized users to let them speak during the conversation. So, as you can guess, it is exactly how Clubhouse works. 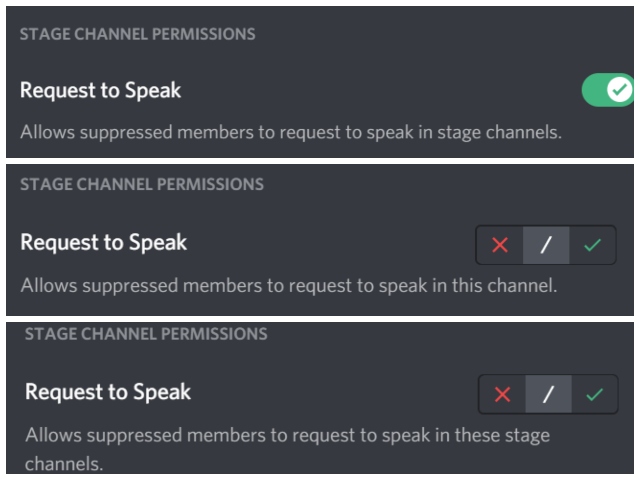 The feature was reportedly spotted by data miners in Discord’s source code a few days ago. Now, it seems to be in the beta-testing phase as Reddit user u/MaximumPollution reports that he has got access to it. The feature is dysfunctional as of now and does not let users create a stage channel, although the option is visible.

Now, although Discord is testing the “Stage Channel” feature, it appears to be in its early stages of development. There is currently no timeline for the official rollout of this Clubhouse-like feature.